Compassion on the Subway 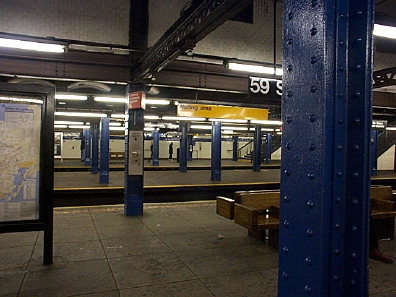 A professional colleague and friend of mine shared a story with me today that truly inspired me.  I want to share it with you.

My colleague was waiting at a subway platform one night last week.  He noticed a young Mother, barely 21, who had both a six month old in a stroller and a three year old boy in tow.  She was clearly exhausted and he noted that the three year old was pulling at his Mother, asking numerous questions, wanting her total attention.

Beside being exhausted, it was apparent that the Mom was getting agitated and she raised her hand to her son as a warning to stop his behavior.  My friend then went over to her and said, "Are these your children?"  When she said yes, he started to praise them and her - finding out that she was a single Mom, all alone, without financial or emotional support from the Father of the children.

He also found out that she had two jobs and was working hard to support her children.  He acknowledged how difficult this must be for her and how much admiration he had for all the efforts single parents have to make.  He then said to her, "As hard as it is for you, you don't want to hit him, when you are only three, you can't be responsible for anything."  He then spoke to the three year old boy and encouraged him to love his Mom as they needed to take care of each other.

With those words, tears started flowing from the Mom. She was able to release some of her burden, at least for a moment.  When I heard this story, I was moved that my friend took the time to engage with this young Mother, whom he will likely never see again.  I have no doubt he made a lasting impression on this woman, who does have a heavy burden and few supports.

How often do we see things like this in our lives and fail to demonstrate any understanding or empathy for the people involved?  Actions like these take real courage and awareness.  It's a great example of love in action.